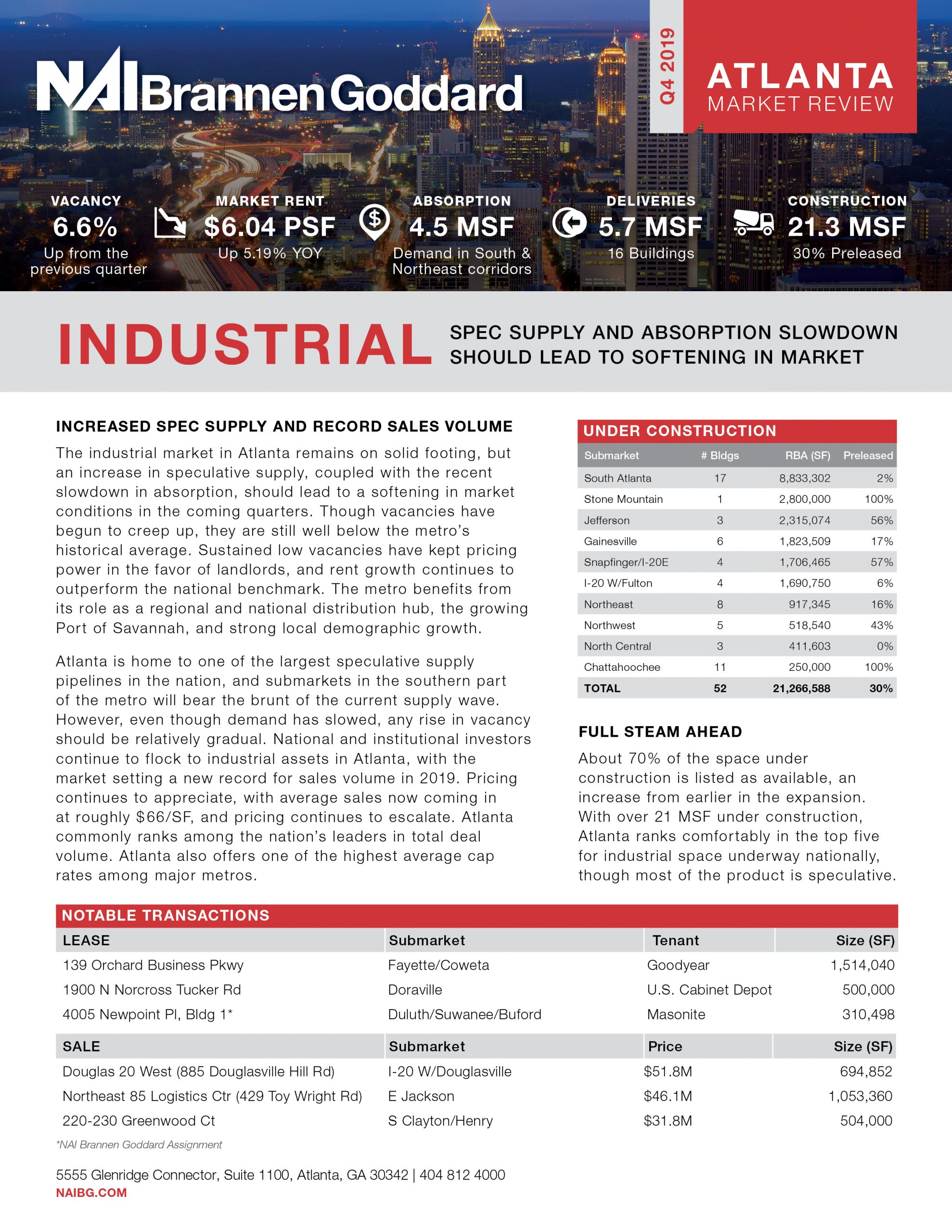 The industrial market in Atlanta remains on solid footing, but an increase in speculative supply, coupled with the recent slowdown in absorption, should lead to a softening in market conditions in the coming quarters. Though vacancies have begun to creep up, they are still well below the metro’s historical average. Sustained low vacancies have kept pricing power in the favor of landlords, and rent growth continues to outperform the national benchmark. The metro benefits from its role as a regional and national distribution hub, the growing Port of Savannah, and strong local demographic growth.

Atlanta is home to one of the largest speculative supply pipelines in the nation, and submarkets in the southern part of the metro will bear the brunt of the current supply wave. However, even though demand has slowed, any rise in vacancy should be relatively gradual. National and institutional investors continue to flock to industrial assets in Atlanta, with the market setting a new record for sales volume in 2019. Pricing continues to appreciate, with average sales now coming in at roughly $66/SF, and pricing continues to escalate. Atlanta commonly ranks among the nation’s leaders in total deal volume. Atlanta also offers one of the highest average cap rates among major metros.