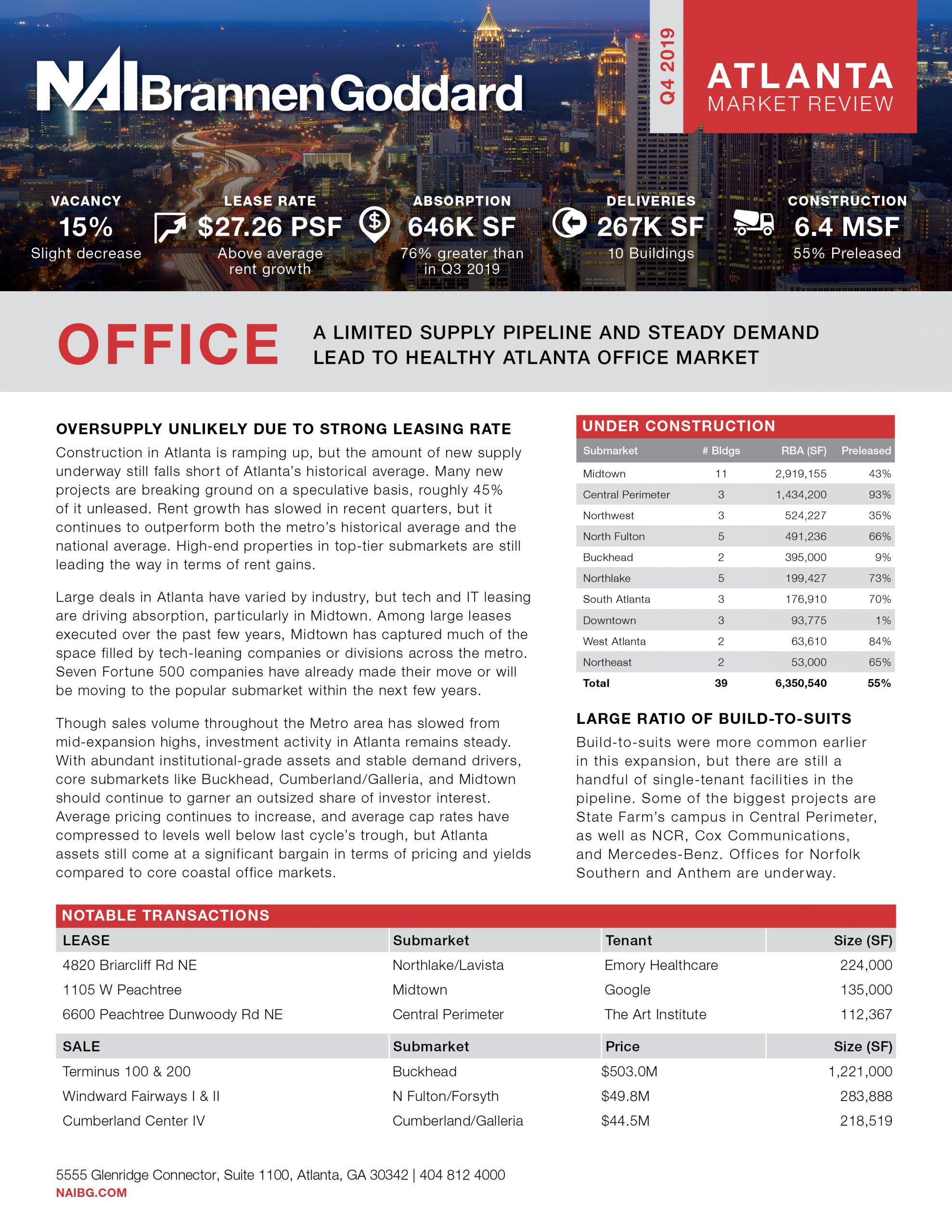 Construction in Atlanta is ramping up, but the amount of new supply underway still falls short of Atlanta’s historical average. Many new projects are breaking ground on a speculative basis, roughly 45% of it unleased. Rent growth has slowed in recent quarters, but it continues to outperform both the metro’s historical average and the national average. High-end properties in top-tier submarkets are still leading the way in terms of rent gains.

Large deals in Atlanta have varied by industry, but tech and IT leasing are driving absorption, particularly in Midtown. Among large leases executed over the past few years, Midtown has captured much of the space filled by tech-leaning companies or divisions across the metro. Seven Fortune 500 companies have already made their move or will be moving to the popular submarket within the next few years.

Though sales volume throughout the Metro area has slowed from mid-expansion highs, investment activity in Atlanta remains steady. With abundant institutional-grade assets and stable demand drivers, core submarkets like Buckhead, Cumberland/Galleria, and Midtown should continue to garner an outsized share of investor interest. Average pricing continues to increase, and average cap rates have compressed to levels well below last cycle’s trough, but Atlanta assets still come at a significant bargain in terms of pricing and yields compared to core coastal office markets.